Sparrowhawk celebrates the end of the cold snap

The Snow has melted and even the thick ice on the ponds and drainage ditches has gone. Daytime temperature has returned to +10 degrees C, and the winter that some had called the beginning of the next ice age now seems just a distant memory. I really find it amazing that we who live in England have not come to terms yet with that thing called weather! 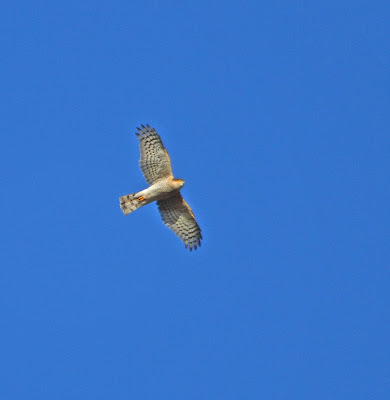 Yesterday (Sunday), I went for a walk to my local woods. Lovely sunny, warm winter day which brought the Birds out singing, such as Nuthatch, Song Thrush, Great Tit, Coal Tit and yes Goldcrests seemingly everywhere (they made it through). Still some Redwings and Fieldfares but nowhere near the number we had during the Snow. On this weekend for the past 5 years I have sat in the same place looking up through the woodland canopy hoping to see the flight and display of the female Sparrowhawks. Well as you can see by these awful pictures this one did not let me down. On previous years I could have seen more than one displaying over the wood, but not this year. Indeed my garden has not been visited by Sparrowhawk for well over a year, this is unusual as we would have had going back 2 years ago, a fly by at least once a day. Our local Sparrs are certainly not as numerous as they were. 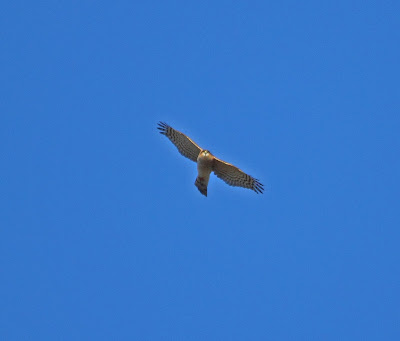 Now is this not a stunning bird! The poor Sparrowhawk, has been the subject of what I call "Hate animal of the month campaigns" simply because of what it does to survive, in that I mean it eats Birds. Predators have to eat and prey get eaten. Dinosaurs did it and nobody was there to moan, yet now it seems if we see a predator doing what evolution designed it to do, at least some us think it is wrong and we should interfere by culling the predator. There is nothing more special within our fantastic British countryside than the sight of Sparrowhawk flying low to the ground and then at break neck speed whipping up over the top of hedgerow and making a kill, anyone who likes hunting should be in awe at something far more skillful than they could ever be, and anyone who loves nature should marvel at the fact that millions of years of predator versus prey evolution just played out right in front of them. Long may the Sparrowhawk reign as the Queen of the Wood and Hedgerow, and whilst lots of my birder friends will be in awe at Goshawk displays this year. I will be in extra awe at our Sparrowhawks as this will be a tough year for them. My humble apologies about the quality of pictures these are a record of what I saw and not photographs :)

For more information about Sparrowhawk and other Birds of Prey and Owls visit http://www.hawkandowl.org/

An excellent website with live footage of Sparrowhawk go to http://sparrowhawk-island.co.uk/ 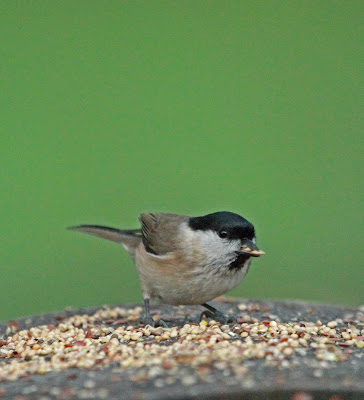 Reed Bunting in the Garden showing of his ring 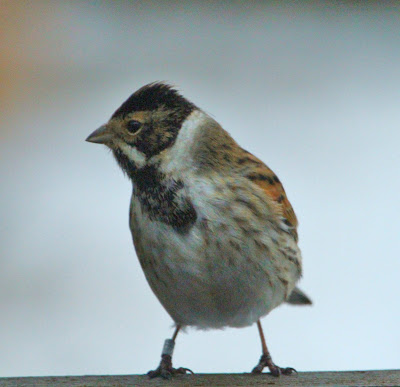 Its been a very long cold period, we have had two good snow falls, one I reported before Xmas, and now this lastest fall.  This now now been added to by Frost and Ice with a big drop in temperature.  Last night at 1800hrs coming through Churchill in North Somerset I recorded a temperature of minus 9.5 degress C.  I hear that in Scotland its got down to -22 C in places.  The coldest the garden at home has been so far is -6.5 but I never stayed awake to record the temperature in the early hours, so it could have got down even lower than 6.5.  The build up to the Long-eared Owl surveys is going really well, it will only be the weather that ruins it now.  Thanks to so many of our Mendip volunteers who are coming back once again to help with the Mendip survey.  I have spoken to Andy Harris (Quantock Ranger and Forestry Commission) today, so planning for Quantock is now underway. There will be a press release going out soon about the other surveys we are doing so as soon as the release date comes through I will update on this news as well.  I did manage to get out in the weather yesterday, so here are some pictures I took. I thought Dogs might make a change. 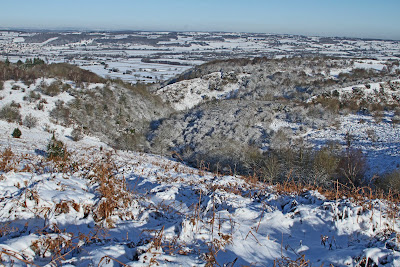 View from Blackdown across to Wrington Hill and Bristol International Airport 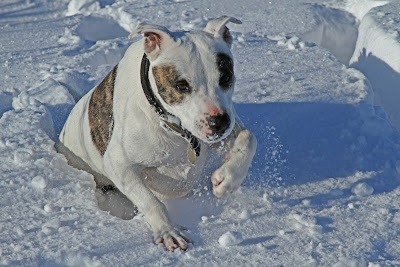 Ruby the dog (aka Ruby Doo) samples the Blackdown snowdrifts 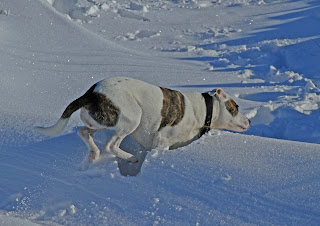 And falls into another 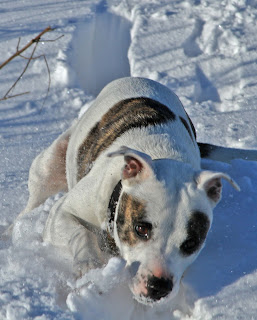 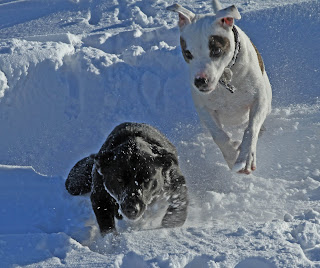 Ruby and Saffy playing on top of the drifts Note that Saffy looks worried, she can sense the depth better than Ruby. 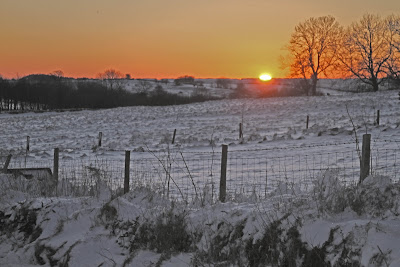 Lastly. Sunset at Charterhouse, the temperature dropped to minus 6 within 15 minutes of the Sun setting.

I will blog again soon with some wildlife next time, I must admit that I'm not happy to follow starving birds or mammals around with a camera, I think they are stressed enough in these conditions already. I will try using the stealth cams on the Water Voles on Saturday night.