Posted by Chris Sperring at Wednesday, June 04, 2014 No comments:

The Blue Tit and the Wolf

In January 2013 I was privileged to travel to Sweden to present 3 programmes for BBC Radio 4.  The week before my visit the temperature around Stockholm had been almost constantly -15 to -20 degrees centigrade, but when I arrived it was a mild -2.  The snow was deep everywhere, except the roads, pavements and runways which were kept efficiently clear so that life could carry on uninterrupted.  I was to record 2 full programmes for the Living World Series; one being about birds of the Taiga Forest and the other about tracking large carnivores, as well as a short piece for the Saving Species series.  The stories seemed very different, yet they would ultimately come together, highlighting the unexpected links between species and proving that nothing lives in isolation. 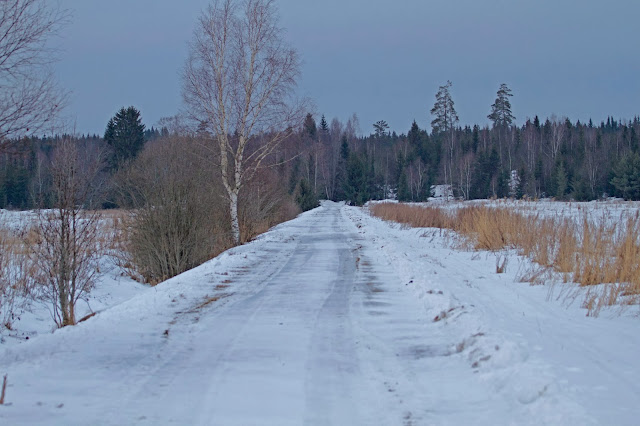 The producer for this trip was Mary Colwell, we started in the county of Vastmanland, which is roughly the same latitude as the top of Shetland.  I was in awe as our guide WWF Sweden's Tom Arnbom pointed to the south and said “there you can see the last Oak tree, now look north and this is the start of the Taiga forest”.  The Taiga (also known as the Boreal) Forest is a band of coniferous trees that circles the globe just beneath the largely treeless tundra of the far northern hemisphere. It runs through Canada and Alaska, Sweden, Finland, Norway, Iceland, Russia, Kazakhstan, Mongolia and Japan, and makes up 29% of the world's forest cover; making it the world's largest land biome.  It was obvious that any wildlife surviving here all year round needed to be tough, and I was astonished by how many species were not only surviving but thriving in this forest. 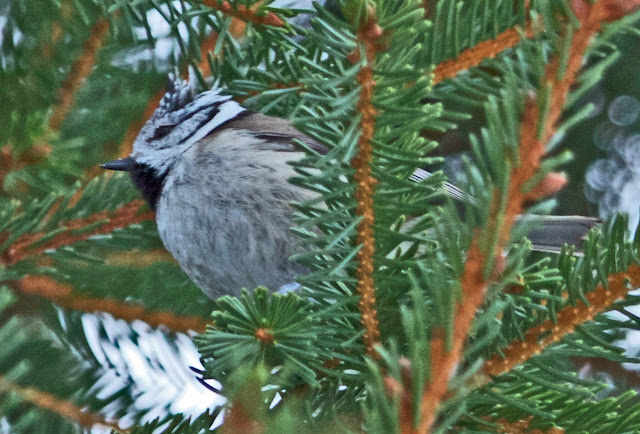 As we set out our wolf tracker guide informed us that we were in the heart of Swedish wolf territory, and that there were several packs in the area.  Grey Wolves have made a good recovery in Sweden after being shot out completely in the 1960’s, the first Wolves only returned in 1983, and there are now around 170-200.  A pack of Wolves in Sweden only contains family members; 2 adults and their pups, so not the extended family that most people are familiar with from North America.  With great excitement and help from our Swedish wolf tracker we found our first Wolf track.  With recent snow fall we had to uncover the footprint from just beneath the fresh Snow, and as we moved on our tracker, Pierre, a local ranger, informed us that we were following two wolves. 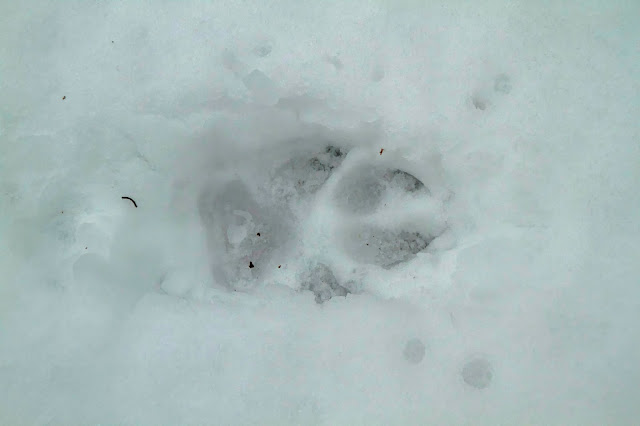 Further on into the trees we found obvious signs of wolf territorial markings where both adults had been marking against trees in much the same way that that dogs do.  After a few miles it became noticeable that the tracks were becoming very much clearer, and there was no need to move fresh snow from the prints any more.  Pierre informed us that these tracks were only an hour or so old.  We measured the prints and they were 11cm long (I compared it to my Lurcher cross Doberman dog at home whose print is 7cm long!).  Amongst these very fresh wolf tracks we could now see other tracks.  A Mountain Hare appeared just in front of one of the wolves, and then Pierre pointed out that something else was following the wolves.  The tracks were familiar to me, it was a Fox.  Slightly further on we found a great disturbance in the snow, not a kill but perhaps a close shave.  It was obviously Wild Boar moving off the path at speed followed by an enormous 3-4 meter leap from one of the Wolf….and still the Fox was following.   Pierre explained that when the wolves make a kill (usually wild boar or moose) there will always be left overs, and this is why the fox was following them.  He explained that foxes aren’t the only animals that do this.  Wolverines and even Pine Martens are known to follow wolves too.  Throughout our time tracking the wolves we saw many different species of bird, including the Nutcracker and the magnificent Crested Tit.  One big surprise for me though was seeing lots of Blue Tits.  This bird is so familiar to us all, and is one we worry about during our cold spells in Britain, yet here it was in Sweden where the night temperatures can be as low as -25 to -30.  As I marvelled at the sight of these birds in such harsh conditions Tom Arnbom mentioned that they also follow the wolves.  He explained that once all the predators have had their fill great flocks of these small birds will descend upon the Wolf kill and strip clean any leftover meat and fat.  This is what gets them through those cold Swedish nights, which of course is no different to us at home putting out the fat balls.  This all just shows how delicate the balance of nature is, and how many species would be affected if the Wolf was removed from its environment. 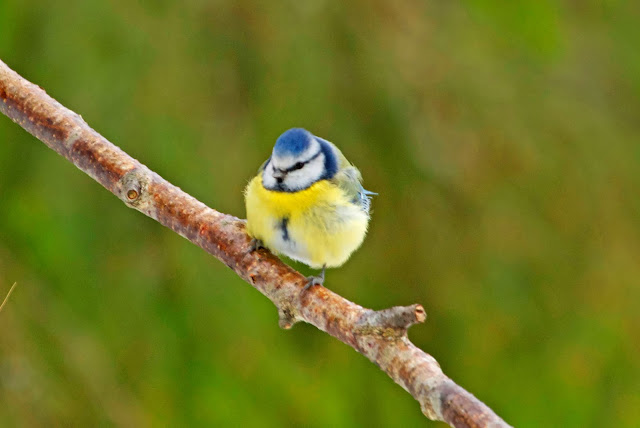 If you missed both The Living World programmes from Sweden, you can listen again to both Taiga Birds go to http://www.bbc.co.uk/programmes/b01qkx9w and Wolf Tracker go to
http://www.bbc.co.uk/programmes/b01qsr8j  Both Programmes were produced by Mary Colwell and are a BBC Natural History radio production. Originally broadcast on BBC Radio 4. Special thanks to WWF Sweden's Tom Arnbom.
Posted by Chris Sperring at Wednesday, October 30, 2013 No comments:

https://www.youtube.com/watch?v=2t_tblrlQcY
Posted by Chris Sperring at Saturday, May 04, 2013 No comments: