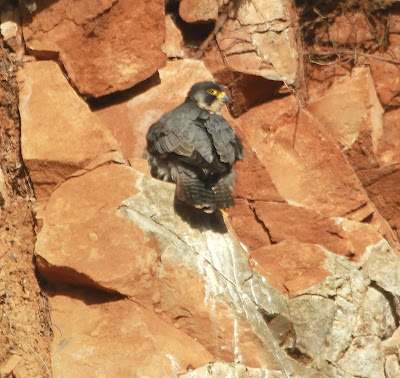 Last week I had a great opportunity to visit one of my local quarry's, and the saying round thez yer partz (local dialect) is "pick a quarry old or working and you will find Peregrines". These Peregrines did not let me down and it was great to spend a couple of hours with them. I should state, I was on a mission as with me were 2 great people from Quantock AONB. What they wanted to see was just how much disturbance a pair of Peregrines could put up with. These 2 are not the exception its probably more the case that they have got used to peoples coming and goings. What is important without doubt is that the people visiting know the Falcons are there and living in these more public quarry's because in that way it creates a respect on both sides. The problem again for these public quarry's is when people are not told about the Falcons and stumble into them, and this is where major disturbances takes place. 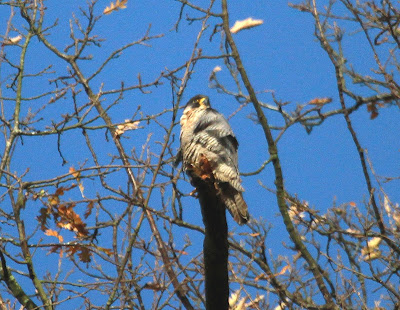 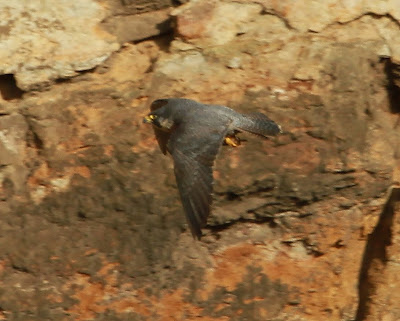 Another local quarry has now come forward to ask me to look at ways that people could be introduced to a quarry for the enjoyment of watching these magnificent Falcons. Now that's a real fun project to get my teeth into, mainly because bringing people and wildlife together is going to be so important in the future. Clearly there will be some species that this idea will not for, however the Peregrine is not one of those and providing its planned properly there is no reason why people should not be able to watch these birds at close quarters without the Falcons ever feeling threatened at all. People and wildlife is the key here, get the people interested in wildlife by giving them access to it, then when it is threatened and on their door step they are more likely to action to protect it.

This week is a planning week as the big Long-eared Owl survey begins in January, so if you have been involved before stand by for an e mail informing of the dates for some very late and very cold nights out.

As most people know by now, I helped out with the Autumn Watch webcams last week and did some audio commentary also I interviewed 2 guests and did some live bits to camera.
It was all great fun and very creative. I have had some great feedback via mail and the webcams message boards with some of you not believing it was not scripted or rehearsed. Honest folks nothing was scripted or rehearsed. In the control cabin was Phil, Jo and Kirstine all of whom were incredibly professional with literally their fingers on the controls bringing the live images of wildlife in Goblin Combe to you sat at your computers. That side of it was beyond me, however I think it was fair to say we struck up a good team feeling straight away, that is more to do with them than me. I took some pictures and here is one of the real stars of the show a Nuthatch or as I call them bandit Bird. 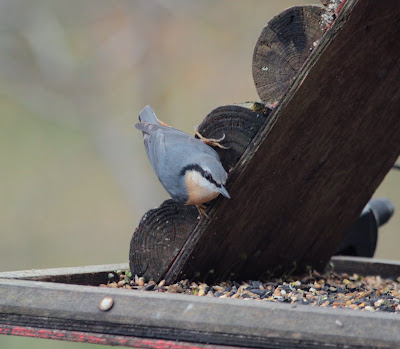 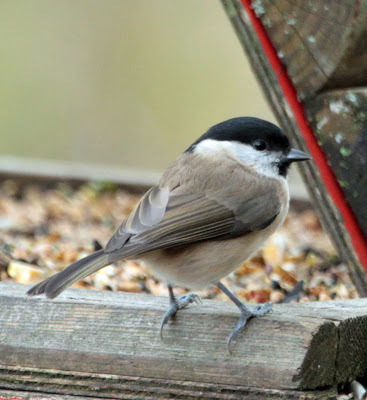 There are more pictures, but not many as when I was at the live webcam site it was pretty well full on, so not much time for pictures. Today I have just come back from the BWRC (British Wildlife Rehabilitation Council) conference. My lecture was about wild Owls and their behaviour and needs such as habitat etc, and of course using this information to help when we have to deal with releasing Owls. My thanks to the BWRC for inviting me, and I hope everyone present enjoyed the day. I certainly did as it was so good to meet so many other wildlife rehabilitators from the U.K and also other European countries. I do wonder however what the future of wildlife rehabilitation really is, as one point was made quite a few times, and that was that main stream Conservation does not appear to except its importance. But as I have seen with some our projects we can affect a positive difference for species in areas were certain species populations have dwindled, but of course this after checking thoroughly that the habitat is OK and that there is sufficient food for your target species. Some really good facts were brought out during the morning sessions this was based on good science, and for my own part I will now be writing a paper on the releasing of Owls that we have done, this will including survival rates and the monitoring methods we use. I will leave this blog entry with a picture of a Tawny Owl we released back in late August which we have followed on distribution still doing well and totally self supporting. 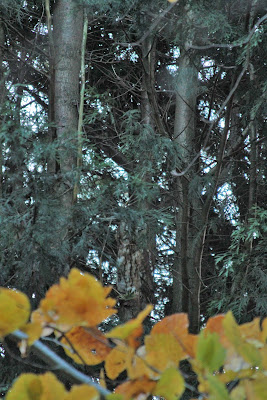 This picture was taken in almost darkness ISO 3200, spot the owl?
BFN I will try to blog more often.
Posted by Chris Sperring at Saturday, November 21, 2009 4 comments:

I have started webcasting for Autumn Watch here is the link to the site www.bbc.co.uk./autumnwatch/webcams/ the live cam is on now, and I will be live again Tuesday from about 1300hrs, then Wednesday from 1600hrs until 2100hrs, and lastly we are doing an early morning stint from 0700hrs on Thursdays.
Sign in to the message boards and make comments and join in the fun of watching wildlife live.
Today went really well, lots of birds, and Grey Squirrels. Took one picture with the camera 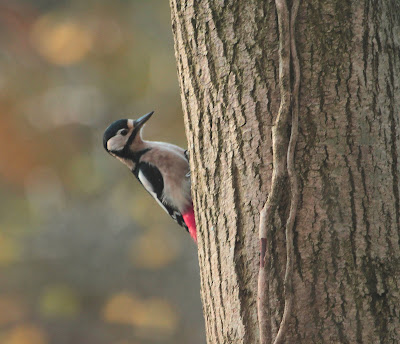 Posted by Chris Sperring at Monday, November 16, 2009 No comments:

I took the plunge. Goodbye my fabulous eos 30D you have served well been everywhere and taken most things. Welcome eos 7D, here's a test picture of Otus I took today in cloudy conditions. 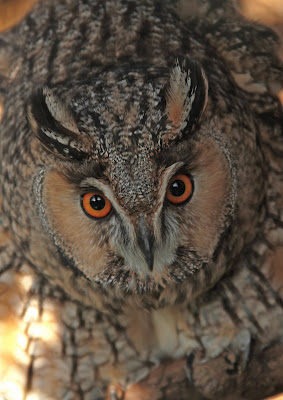 Second picture is a Blue Tit in the garden, this taken during the height of the wind and rain storms so the light was awful. I used 2000 ISO, which on the 30D would have been very grainy, I'm very pleased with this result, now I can't wait for the sun to shine again. 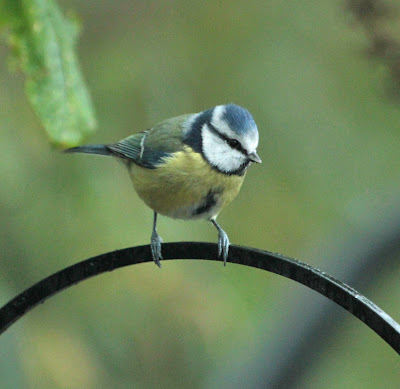 From Monday to Thursday at various times I should be doing some live webcasting for Autumn Watch, the exact times I don't know yet but will update the blog and twitter when I do.
I will take the camera with me and publish on the blog anything of interest.
BFN
Posted by Chris Sperring at Sunday, November 15, 2009 3 comments: